Learn More About Our Skilled Doctors 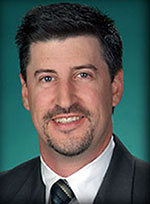 Dr. Weinstein, an Arizona native, graduated from Saguaro High School in Scottsdale before attending Columbia University. He then received his M.D. from Tulane University School of Medicine in New Orleans. He performed his orthopaedic surgical training at the Maimonides Medical Center in Brooklyn, NY. Following that, Dr. Weinstein spent a year as a sports medicine fellow at the American Sports Medicine Institute in Alabama under the direction of Dr. James Andrews.

Dr. Weinstein’s interests include shoulder, elbow, and knee problems as well as athletic injuries in both adult and pediatric patients. His research has focused on new treatments for cartilage injuries of the knee as well as frozen shoulder and throwing injuries.

In addition to being a published author, Dr. Weinstein is a member of the American Academy of Orthopaedic Surgeons, the American Orthopaedic Society for Sports Medicine, and the Arthroscopy Association of North America. He was also awarded a prestigious Herodicus Traveling Fellowship where he spent time with leading experts in sports medicine so that he could bring this world-class care to residents of the Valley.

Dr. Weinstein has helped care for athletes at all levels ranging from the professionals of the Arena Football league to division I-A and I-AA colleges to numerous local high schools as well as recreational athletes. He is currently an orthopaedic consultant to the San Francisco Giants baseball team. 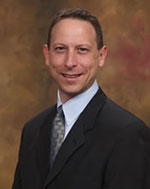 Dr. Meszaros was born and raised in Michigan, where he attended Michigan State University. He then moved to Arizona to work as a computer engineer, eventually choosing to combine his passion in engineering and medicine to pursue a career in orthopaedic surgery. He received his M.D. from the University of Arizona College of Medicine and completed his orthopaedic surgery internship and residency at Northwestern University Medical School in Chicago. Following that, he continued on to a sports medicine fellowship at the University of California at San Diego.

Throughout his training and career, Dr. Meszaros has covered a variety of sports teams at all levels from high school and college to professional.

Dr. Meszaros is board certified in orthopaedic surgery and orthopaedic sports medicine and is a member of the American Board of Orthopaedic Surgeons. 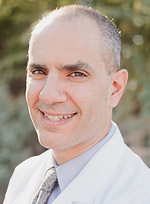 Dr. John A. Nassar is an accomplished orthopedic surgeon that specializes in surgical treatment of fractures, reconstructions, and injuries involving the foot and ankle. He has been board-certified by the American Board of Orthopaedic Surgery since 2004. Dr. John Nassar is a medical doctor with orthopedic distinction that takes pride in performing surgeries with great attention to detail so that patients have positive outcomes.

Dr. John Nassar began his career with extensive education. He earned a bachelor of science degree from Baylor University in Waco, Texas following which he earned a medical degree at the University of Texas Health Science Center in San Antonio. After completing his studies, Dr. John Nassar completed an internship and an orthopedic residency at the University of California at Los Angeles (UCLA). Finally he completed a foot and ankle fellowship at the Institute for Bone and Joint Disorders in Phoenix,

Since then, Dr. John Nassar has been seeing patients and performing surgeries in private practice. For four years, he was a physician at the Institute for Bone and Joint Disorders before opening his own private practice in October 2006.

Throughout his career, Dr. John Nassar has held academic appointments as a teaching associate at UCLA and the University of Texas. Currently he is a clinical assistant professor at the University of Arizona and a peer reviewer for Wilderness & Environmental Medicine and the Journal of the American Academy of Orthopaedic Surgeons. He has given several presentations, authored articles in professional journals and written book chapters for the American Orthopedic Foot and Ankle Society Workers’ Compensation Manual and Orthopedic Knowledge Update: Foot and Ankle. Dr. John Nassar has also received several honors and held memberships to organizations related to his profession. 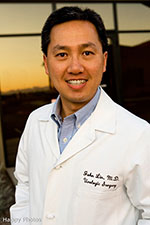 Dr. Lin has a well rounded background. He graduated from UCLA with a B.S. in psychobiology in 1989. After working in entertainment business management with a Beverly Hills financial firm and founding a computer consulting business, he pursued a career in medicine at Saint Louis University School of Medicine where he graduated with a Distinction in Research. He completed a six-year urologic surgery training program in 2003 and initially practiced in Lake Havasu City, relocating there with his wife and their yellow Labrador retriever.

A very organized, personable, and forward-thinking physician-leader, Dr. Lin has been a urologic Practice Management speaker for the American Urological Association and was nominated as Physician of the Year in Lake Havasu City in 2004. 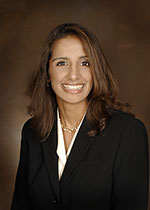 Dr. Vats grew up in western Pennsylvania and received her undergraduate degree from the University of Pennsylvania. She then completed her medical degree at Case Western Reserve University in Cleveland, Ohio. She completed her otolaryngology/head and neck surgery residency at Temple University and then, a one year fellowship in facial plastic and reconstructive surgery. She practiced in Tucson before relocating to Gilbert in 2009. 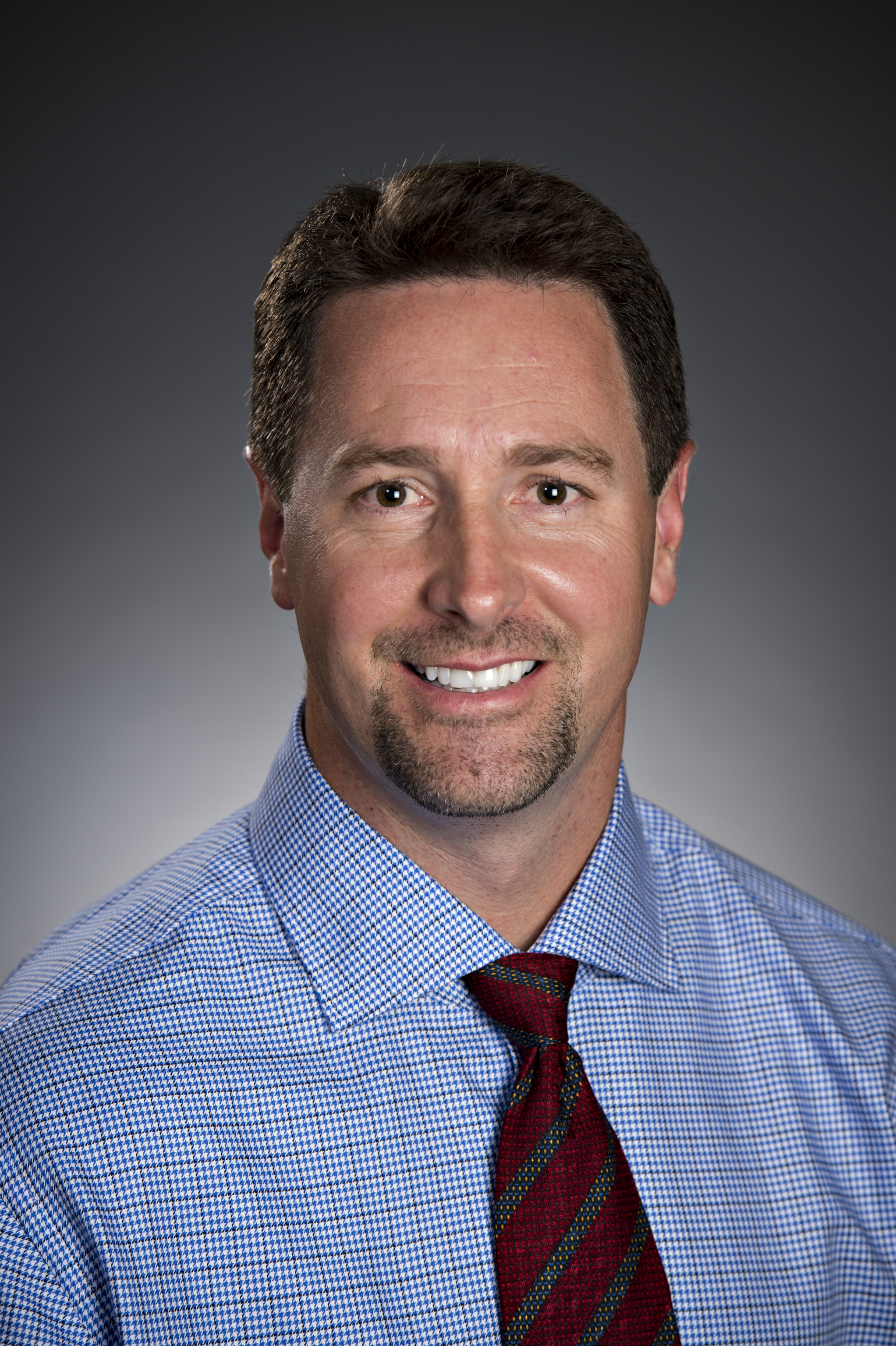 Dr. Hansen was born and raised in Flagstaff Arizona, where he received his undergraduate degree from Northern Arizona University. He continued his education pursuing medicine from the University of Osteopathic Medicine and Health Sciences in Des Moines, Iowa. He completed his surgical residency at Carl T. Hayden VA Medical Center in Phoenix Arizona. Dr. Hansen serves as a Vice President of the American Foundation of Lower Extremity Surgery and Research. He is a surgical attending of the VAMC Phoenix Residency Program and clinical faculty of the VAMC Phoenix “High Risk Wound Care Clinic”. He serves as clinical faculty for both, Des Moines University, College of Podiatry and Midwestern University, College of Podiatry. Dr. Hansen has been published in several medical journals and is an active national lecturer on all subjects of lower extremity surgery.

In 2012, he was named Physician of the year from Orthopro, LLC.

Dr. Hansen has a private practice in the Chandler, Arizona and is board certified in Foot and Reconstructive Rearfoot and Ankle Surgery. His expertise is broad ranging from pediatric surgery, sports medicine to trauma and large reconstructive procedures of the foot and ankle. 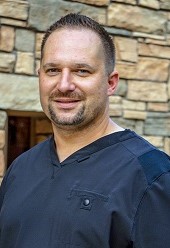 Practicing medicine has been a dream for Dr. Sabic since the age of 10, while volunteering for Doctors Without Borders in a refugee camp. After graduating from Arizona State University with a B.S. in Nutrition, Dr. Sabic decided to focus on the lower leg, ankle and foot because he was interested in many components of the field: sports medicine, surgery, lower extremity biomechanics, pediatrics, and trauma.

Dr. Sabic made the Dean’s list and had a Presidential scholarship while at the Ohio College of Podiatric Medicine (now Kent State University of Podiatric Medicine) and moved back to Arizona for a 3-year surgical residency for foot, ankle and lower leg at Carl T. Hayden VA Hospital in Phoenix and majority of the valley’s hospital systems and surgery centers. He graduated with over 3 times the required surgical numbers and with over 5 times the clinical requirement numbers! Dr. Sabic truly knows how to go the extra mile for his patients.

When he is not in the office, Dr. Sabic enjoys adventuring with his family, playing basketball, outdoor activities, and working on cars and motorcycles. His goal is to work with his patients as a team to efficiently treat the causes of their problems and prevent recurrence of foot, ankle, and lower leg issues – all to keep people doing what they love. 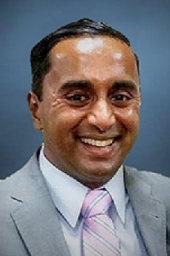 Dr. Kumar is certified by the American Osteopathic Boards of Ophthalmology and Otolaryngology-Head and Neck Surgery. 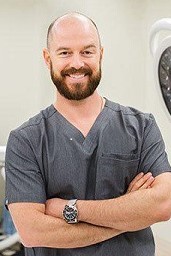 Dr. McAlister’s passion for patient care began at the University of Iowa, where he earned his Bachelor of Science in 2004, before garnering an interest in podiatric medicine and surgery during his time at Temple University School of Podiatric Medicine.

Since his days as a podiatric medical student, Dr. McAlister has gone on to continue his education whenever possible. He completed a rigorous residency training in the northern Virginia suburbs through the INOVA Fairfax Hospital Podiatric Residency program, where he received specialized training in foot and ankle trauma, adult and pediatric reconstruction, and diabetic limb salvage.

Some of Dr. McAlister’s rotations during his time in the program included internal medicine, infectious diseases, vascular surgery, emergency medicine, and general surgery.

Under the mentorship of prominent doctors like John Steinberg DPM and Chris Attinger MD, Dr. McAlister even served as chief resident for the limb salvage service at Georgetown University Hospital during that time.

Dr. Jeffrey E. McAlister is honored to be one of only a few podiatric surgeons in the United States that has completed a 12 month surgical fellowship at the prestigious Orthopedic Foot and Ankle Center in Columbus, Ohio. This is a unique fellowship that trains both Podiatric and Orthopedic Surgeons. This advanced surgical training focused on foot and ankle trauma, reconstruction as well as total ankle replacement. This was completed in Columbus, Ohio under the direction of Christopher Hyer, DPM, Gregory Berlet MD, Thomas Lee MD and Terrence Philbin DO and was affiliated with Grant Medical Hospital and The Ohio State University. This is the same type of fellowship that MD/DO orthopedic surgeons complete if they wish to sub-specialize in the foot and ankle.

As a fellow member of the American College of Foot and Ankle Surgeons and national speaker and peer educator, Dr. McAlister is passionate about technological advances in the foot and ankle field, specifically in educating patients on the advantages of primary and revision total ankle arthroplasty.